The weekend is over, I've returned home from spending the last few days at my brother's place and I've gotten some decent sleep finally. For some reason, I haven't been able to sleep much for the last week...just horrible... But yeah! Yesterday, sunday was the birthday party for my younget niece! I ended up just staying over from saturday since I don't have a car myself, so getting there is always a pickle if my parents don't have room in their car. I got to deliver the leggings that was ment for my middle niece, and she was so happy with them. My youngest niece, whos birthday it really was, got the leggings I had made for my middle niece for her birthday back in april. Since they were too small, she never actually got around to wear them, so a little switcheroo happened there.

Saturday morning was spent taking pictures of the leggings, so here's the final product in all it's blurred glory! 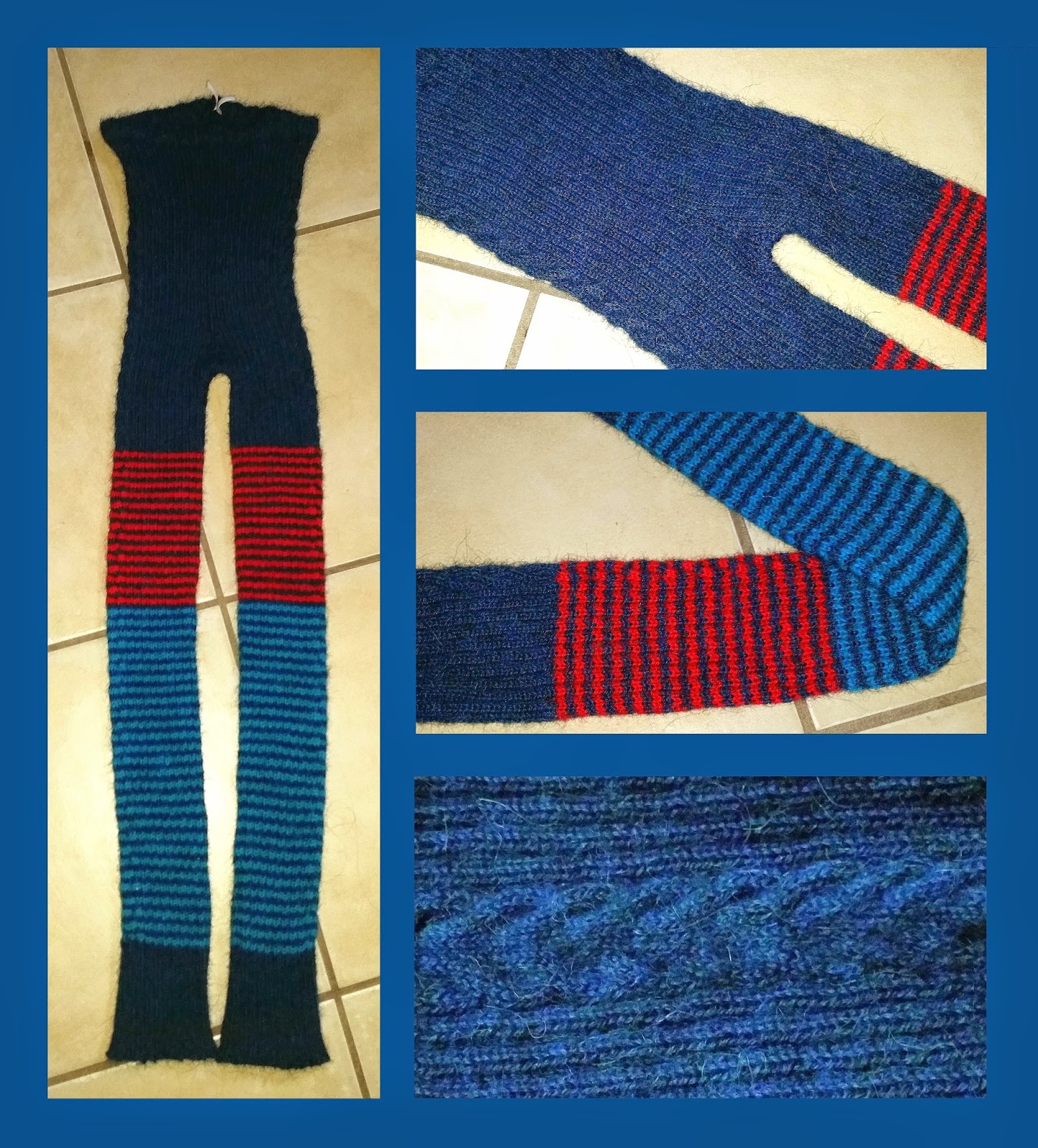 
Late late LATE friday night, I managed to finish up the Dovre mittens I started on while I was in Oppdal the last time. Haven't really had time to work on these afterwards because of the leggings, but they're done now and I've delivered them to my mother who went all crazy for them! Now, I'm not too experienced with fair-isle on DPN's in the round, and believe me, there is a difference working it with DPS than circular, the latter being much easier and creates a more smoother result. My stitches are all over the place on these... 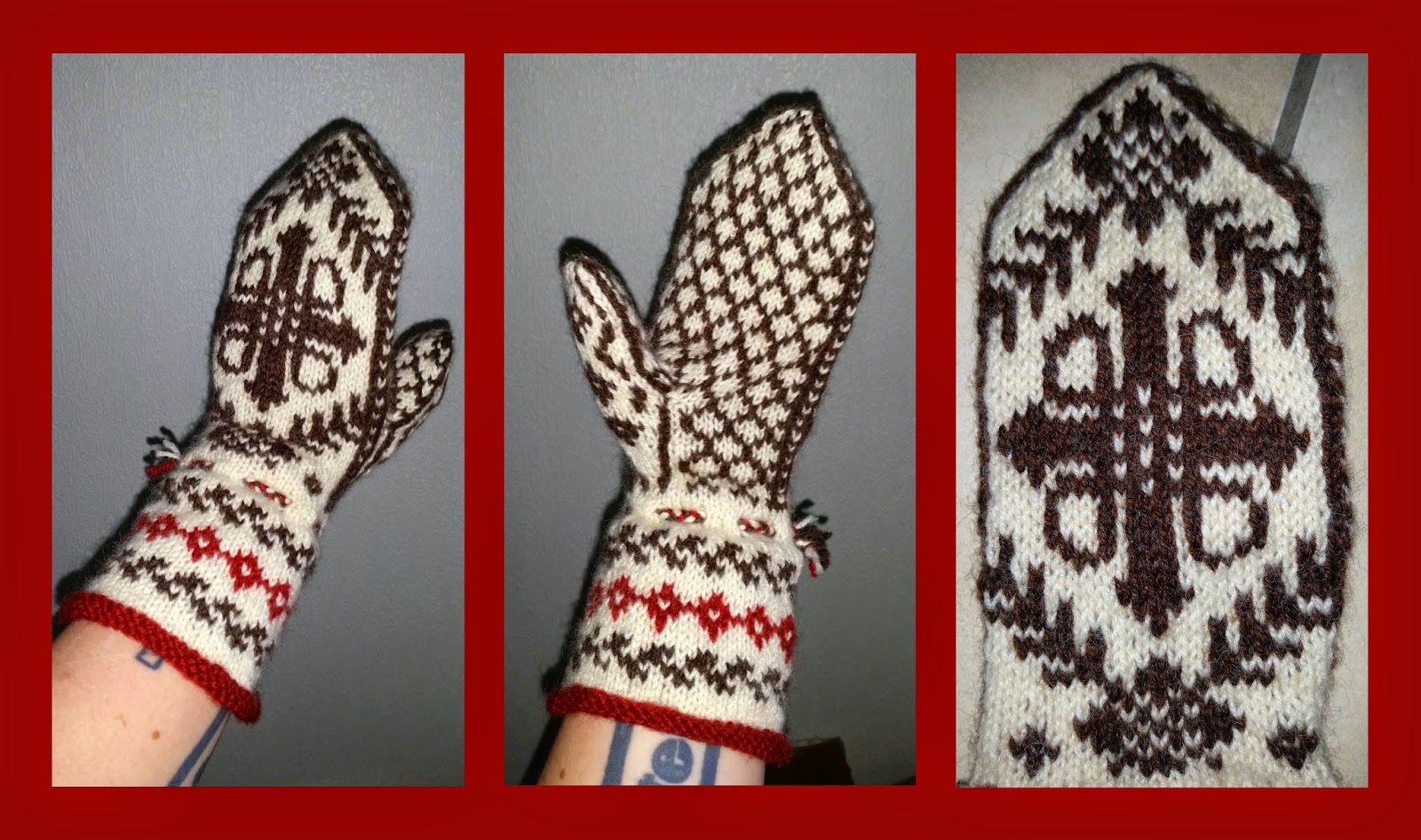 While I was at my brother's place, I started another pair of mittens, but in a different pattern! This time, I tried to work out the Setesdal pattern for mittens. They're much simpler than the Dovre mittens, but the pattern itself holds a special place in my heart since I've lived there for three years. 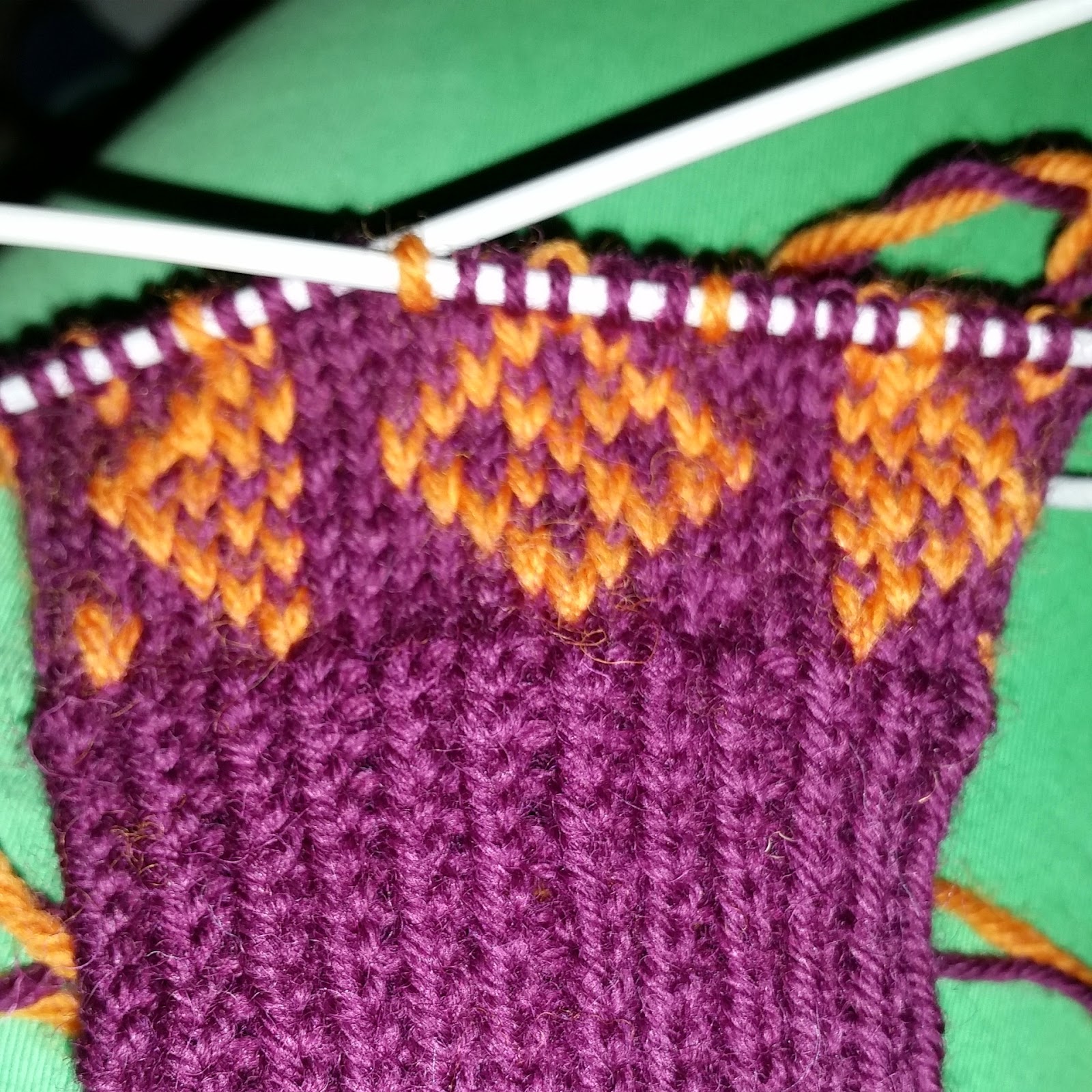 But these will have a good long break for now, cause I've got more important things to do! I've got not one but TWO sweater commissions waiting!

The first sweater is for a friend of mine. I was hoping to get started on it last week, but it had to wait until today because of all the other stuff I had to get done for the weekend. Luckily, it doesn't have a hardcore deadline on it, so I can enjoy every bit of it. The pattern is 116-12 from Drops, but I'm using Baby Merino instead of Alpaca for it. I'll be making it in a beautiful dark purple colour with white for the fair-isle parts. Easy, simple and classy at the same time! 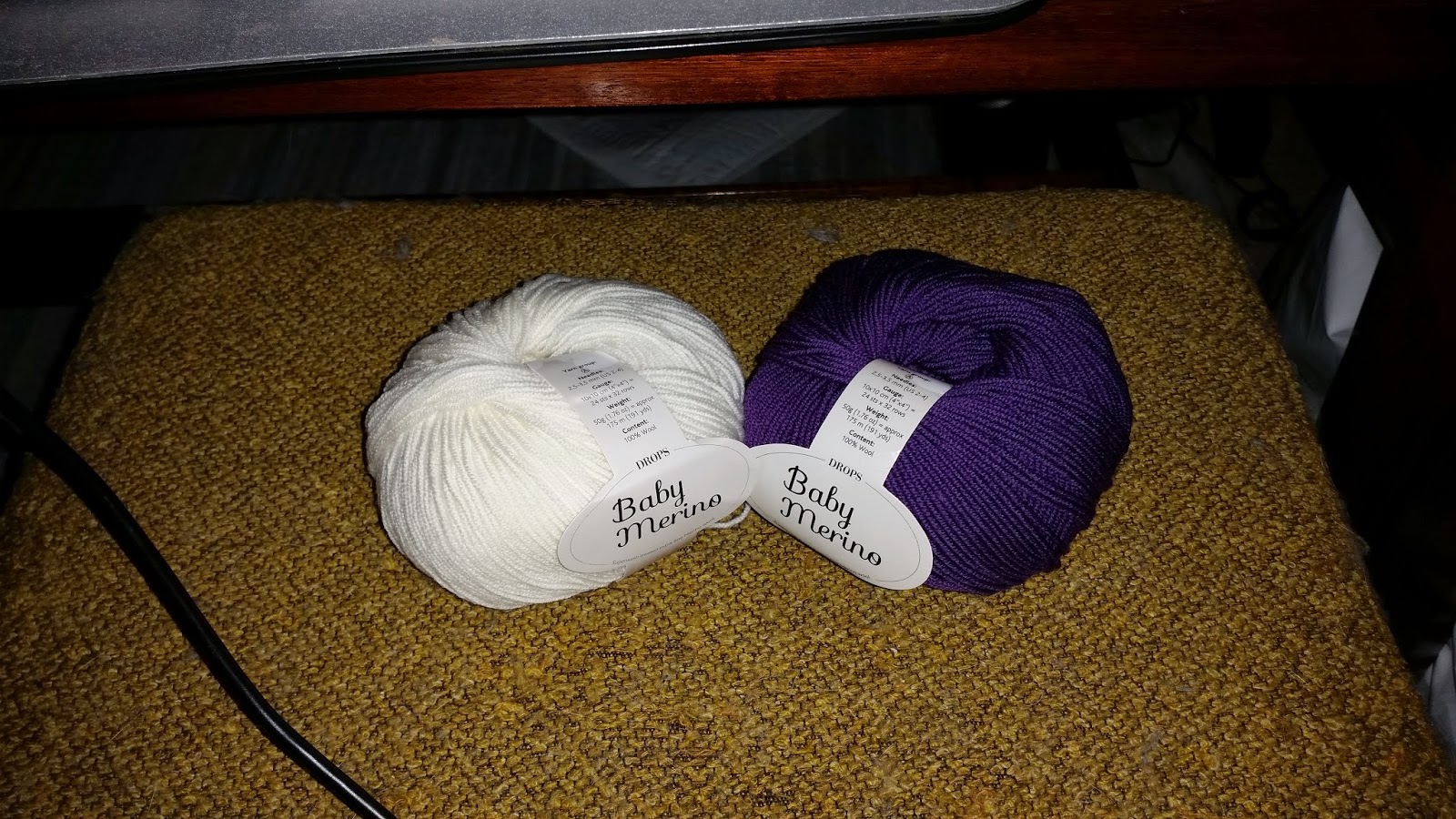 The other sweater doesn't have a deadline either...well...before christmas they said...which won't be a problem at all. This one will be like a walk in the park. Someone my aunt knows asked for a Marius sweater with round yoke, but since she's not as knitting freak as I am, she gave the commission to me instead. Give me some measurements and the yarn and I'll knit it, no problem, I said, and so it was done. My mom brought the yarn over this weekend and I got really excited when I saw what kind of yarn they had gotten. Might not be the most interesting colours, but I've never tried this yarn before. I've seen people swearing to this brand and the pattern suggest using it for the Marius sweaters. Me being greedy, I tend to use cheaper brands, so I'll do a full on comparison of this to Drops Karisma later on since I'll be making the same sweater for myself later on. 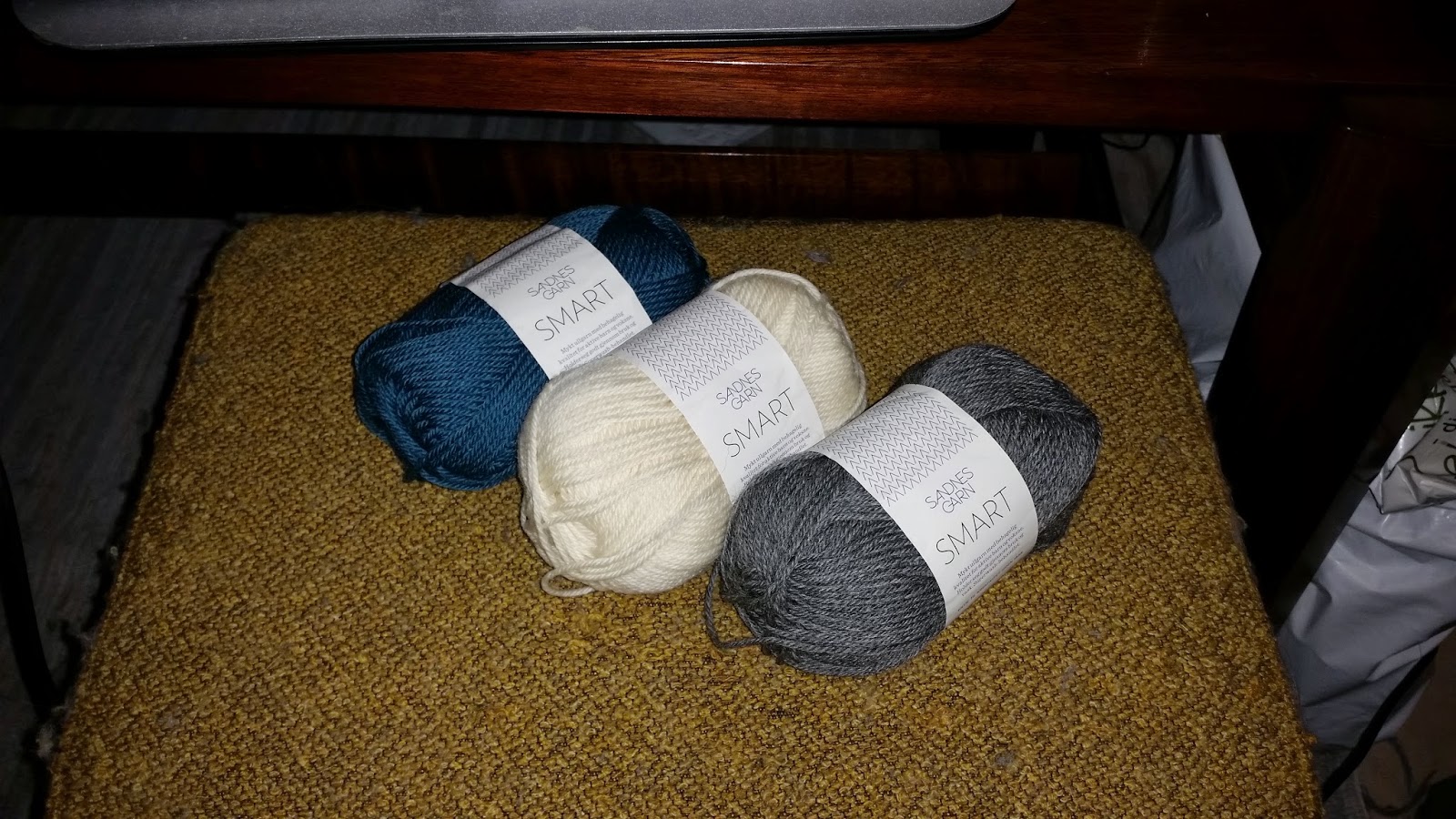 So sweaters in the future!

ALSO! While remember it! I've all of a sudden started using Instagram! Feel free to follow me there at LARvonCL. I update with loads of yarn stuff there too. 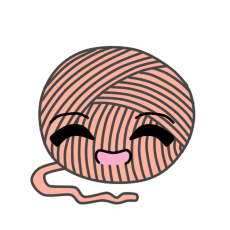