Fibi and the swing skirt!

Since I'm currently just waiting for the last skein for the retro Marius sweater to arrive, I'm at a bit of a loss what to work with. I'm always like this when I finish a new project and I don't have a backup or parallel project to go with it. I figured I could go back and work on some UFO's that's floating around here in my crafting corner.

Right after I ran out of yellow yarn, I worked up a tablet cover and then I moved on to Fibi, the Lalylala amigurumi doll I've been talking about countless of times. It took me a couple of days, but I managed to finish up the body and I also sewed on the arms, head and hood! I'm super proud of myself on this one! Never in my life did I think I could make something like this with crochet! It's far from perfect, I did run into several problems, but I'm dawg gone it proud! Imma brag this one till I die! 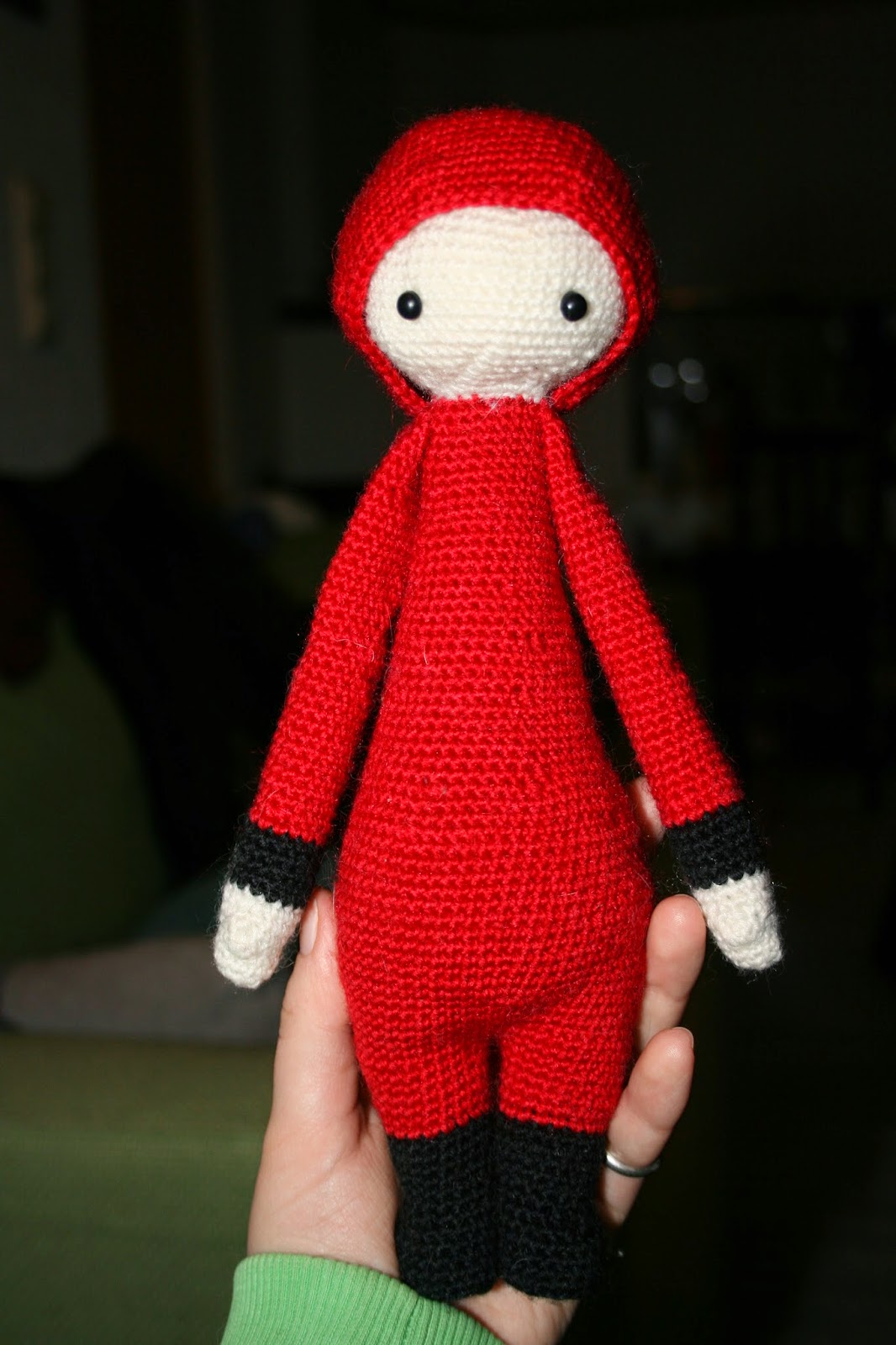 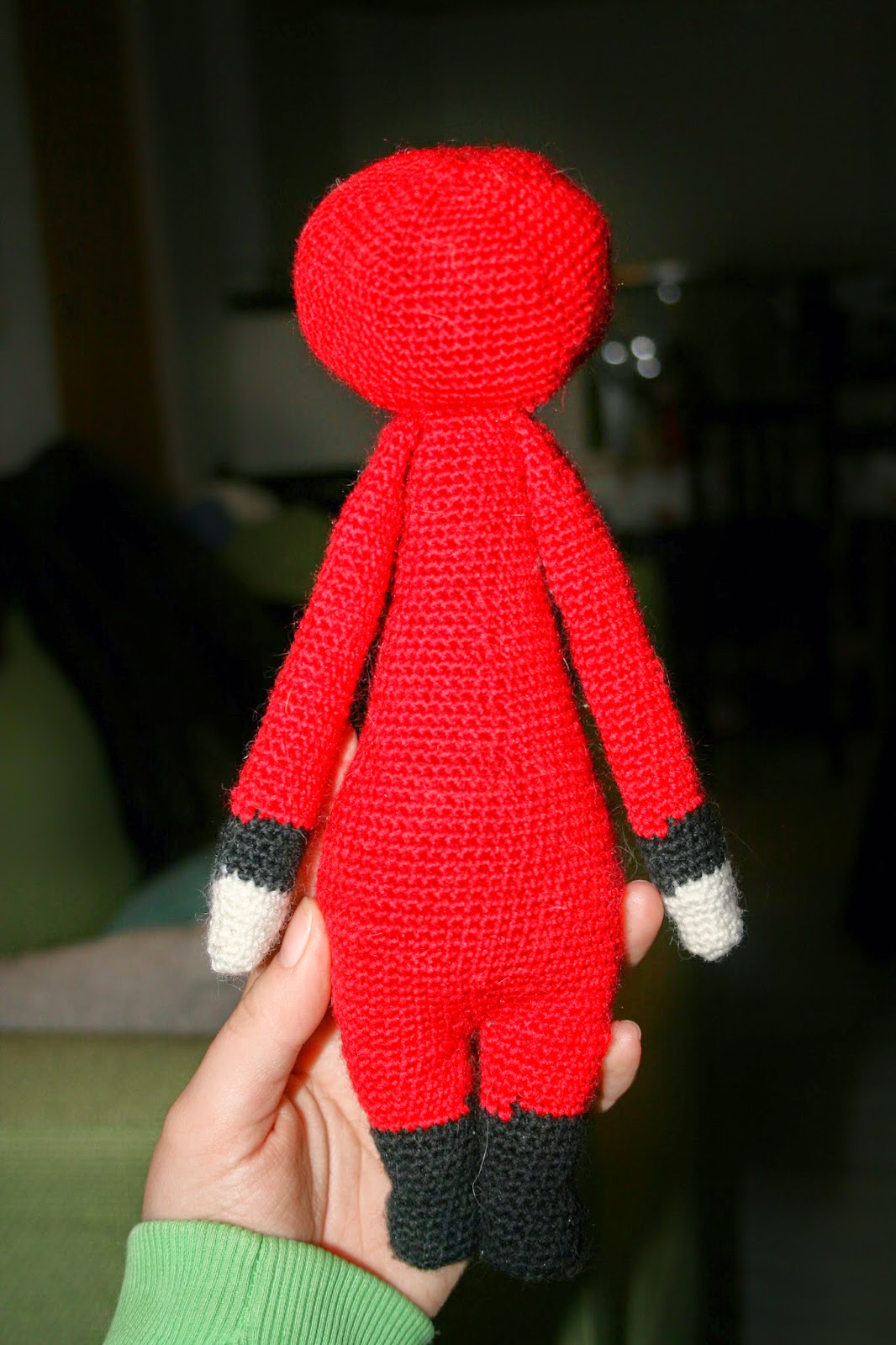 I'm still missing the ears, tail and scarf though. The ears confused me a bit... I kinda understand how they're worked up, but I got problems understanding the stitches and that jazz. The tail I think wouldn't be too much of a problem, neither the scarf cause that's knit, but right now, I'm taking a break from it until Pickle can get some time to help me out, I'm in no hurry anyway. I might go on to the lamb, Lupo afterwards. That's the one I really wanted to do in the first place, but since Pickle was so nice to share this pattern with me to try out so I didn't have to buy one myself and maybe fail, I decided to wait on it.

And then we got the swing skirt! When I finished sewing up Fibi's body here, I moved back to the swing skirt I started in the beginning of march/end of february. Yesterday I decided to frog it all down. There was just a too big of a mess going on with five colors and too big of a leap to carry the yarn for each color switch, and I'm too dang lazy to cut the yarn for each switch and weave in ends...but I really loved the colors and the way I was working them up. 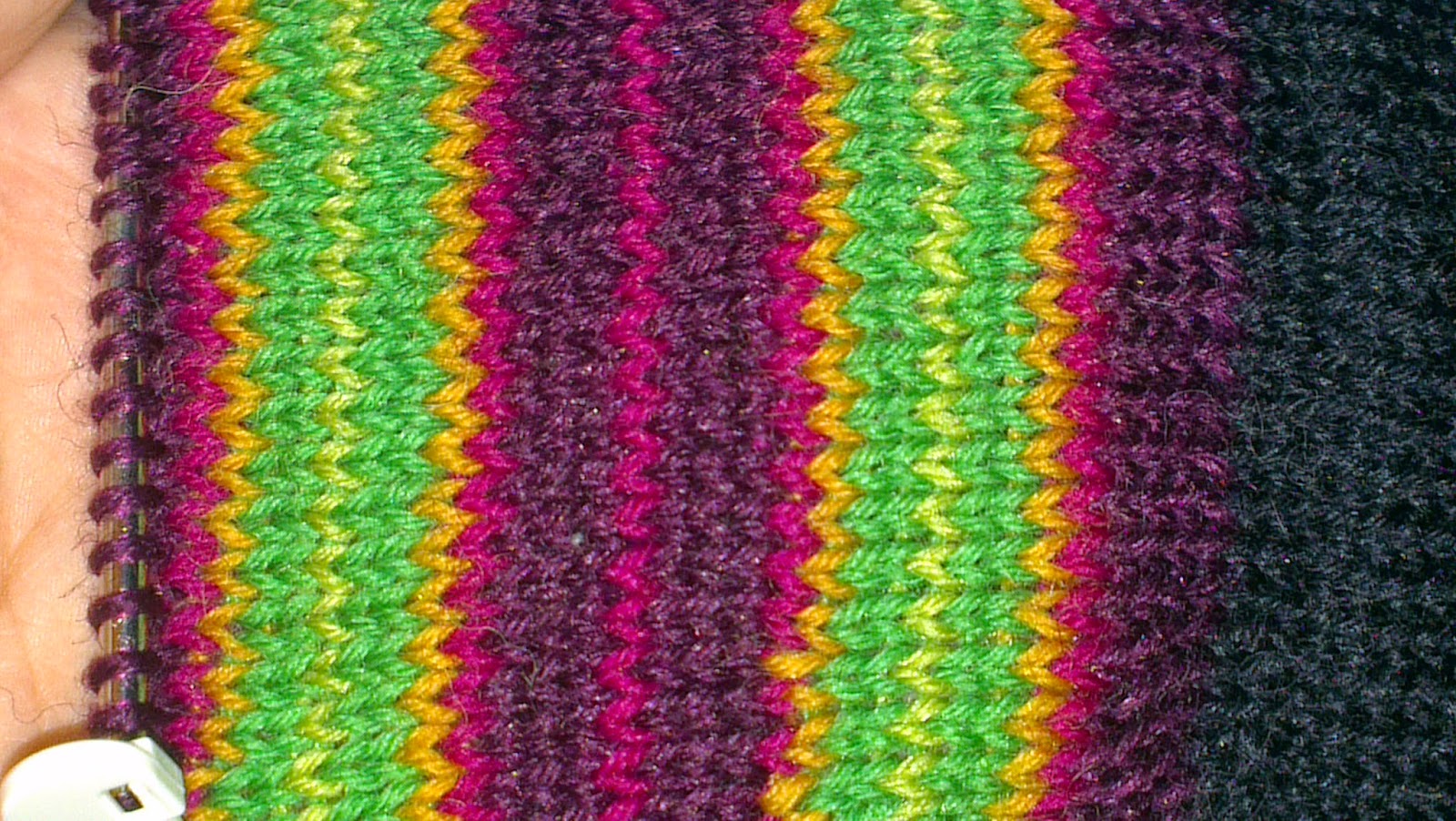 So I frogged it down to the waistband and decided to do it a different way, but still keep the colorway I started with. Instead of switching colors almost every row, I decided to take one increase step per row of color! That means that I would have to repeat the color work only once down the whole skirt instead of 18. It'll make for an interesting and unique skirt, and that's all that matters for me! 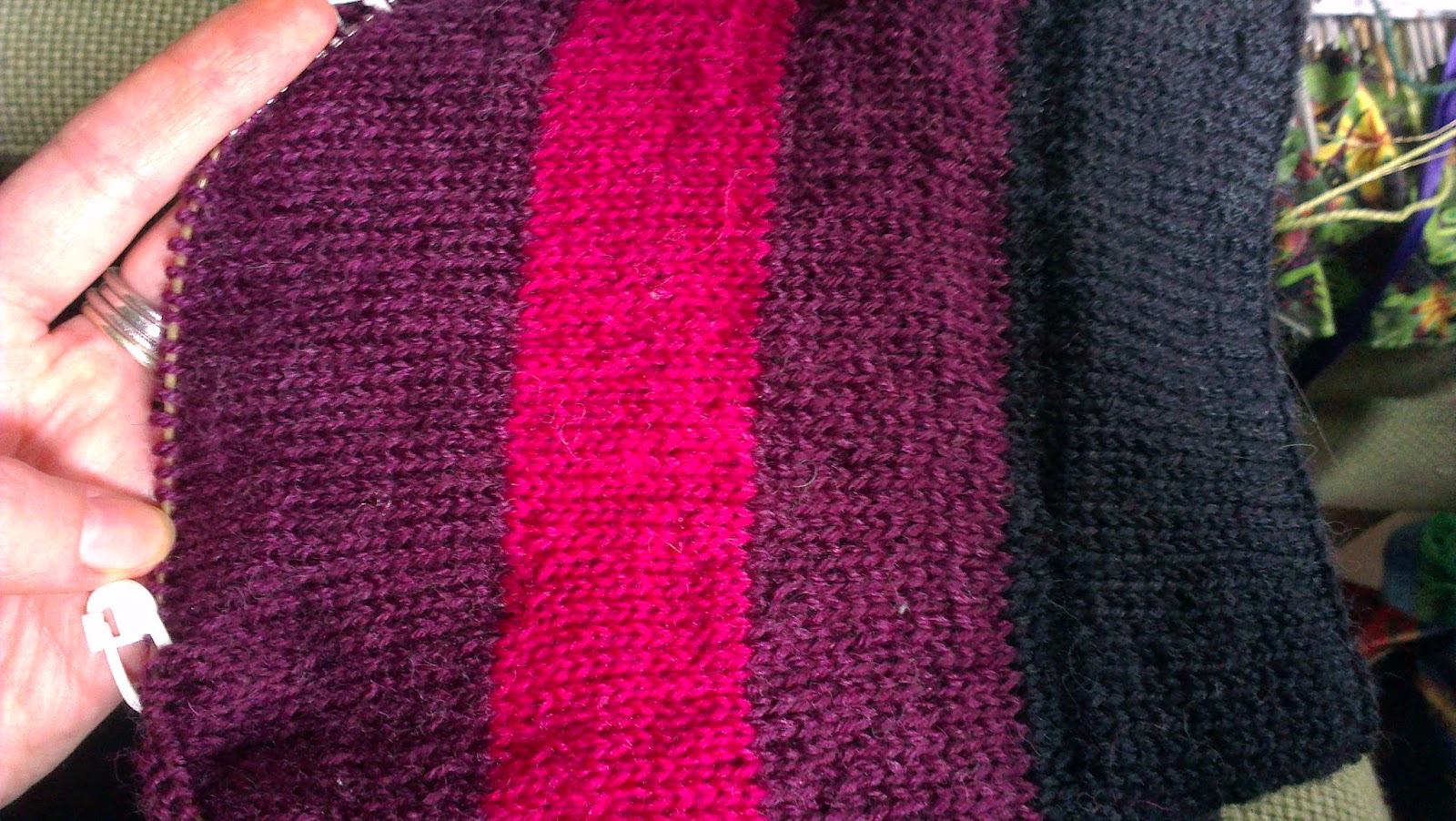 Since I had to frog down a whole lot, the first two stripes doesn't look too good and evenly. That'll fix itself after wash and blocking though, so I'm not worried! The sad thing though is that I won't be using this skirt at the time I was hoping to. The national day of Norway is the 17th of may, and I was kinda hoping to use this on that day, but as it stands now, I don't have plans that day, and therefor, this skirt lives to see another occation. 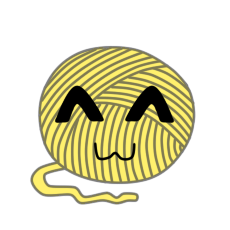