Two finished pullovers and a cowl!

Well...finished and finished... Two of these have been finished for a few days, but again, I've been lazy and haven't gotten around to photograph them until now. The third are still left with a bunch of ends that needs to be weaved in. ALL THE LAZY!!!

But lets take one project at the time now. First lets do the cowl. I started this, thinking I could get ridd of some scraps and at the same time make something a bit different from my usual preferences and also kind of mindless. I'm currently stuck in a yarn block (the yarnsters version of art block...totally made both those therms up myself) and need something that don't demand much brain useage.
So yeah, I started this cowl from one scrap skein of Drops <3 You #3, thinking I would use up a bunch, but ended up just using just the one. Casted on 100 stitches on a 7mm needle and alternated between doing parts in garter stitch and parts with drop stitch, simple, easy, done! 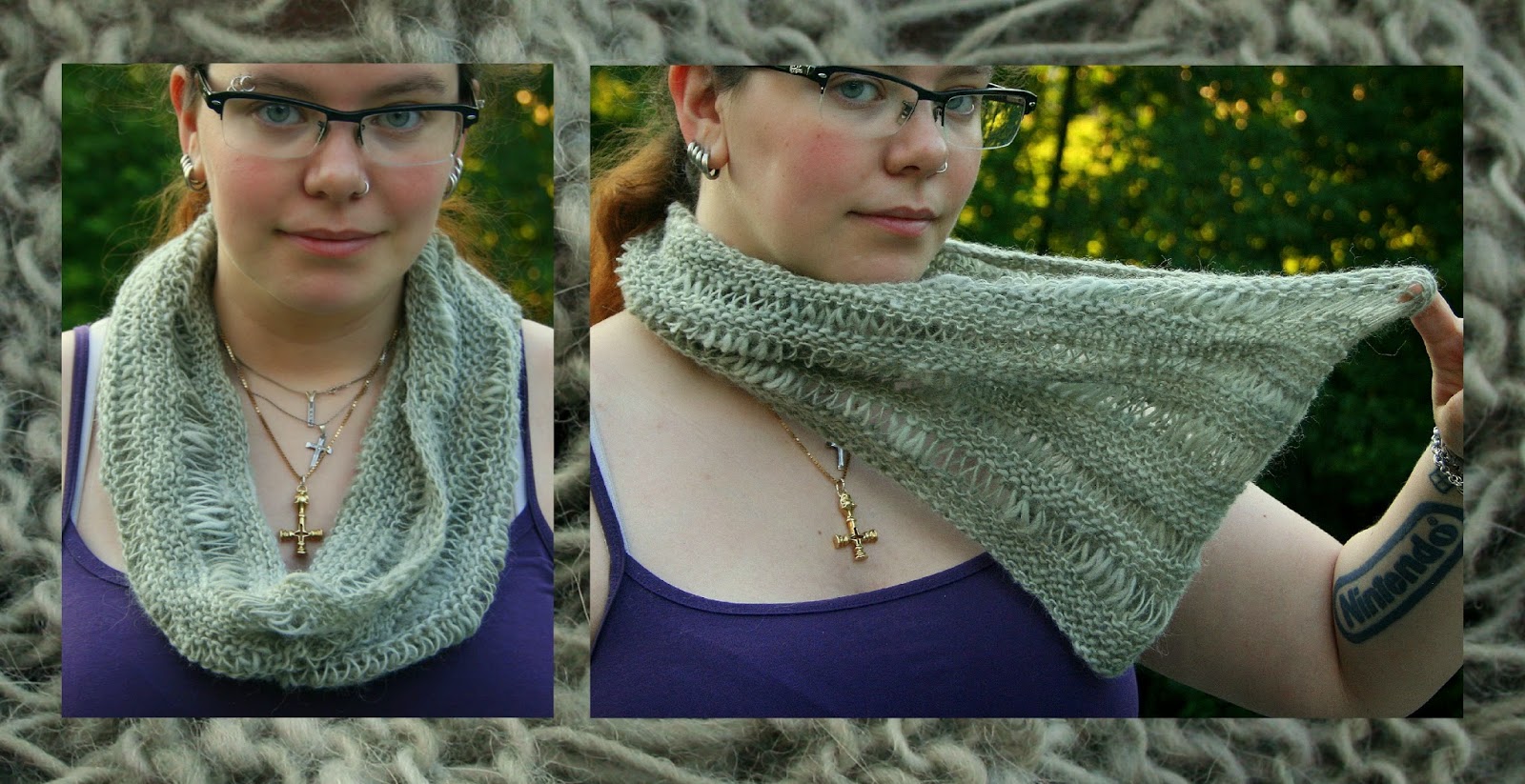 A few days ago, I finally recieved the baked bean buttons that I needed for my blue hoodie, and after sewing on 42 of them (36 of which on the hood alone). Had a lot of fun just placing them around randomly. This pullover has been nothing but fun and games and references! So refreshing! I used two strands to make it fluffy and textured, one was Bernat Mohairlaine in the colourway 7566 and the other was Drops Alpaca in the colourway 2919. Got the Mohairlaine from Brooke ages ago and the Alpaca I got on a crazy sale. Again, 7mm needles, no pattern. 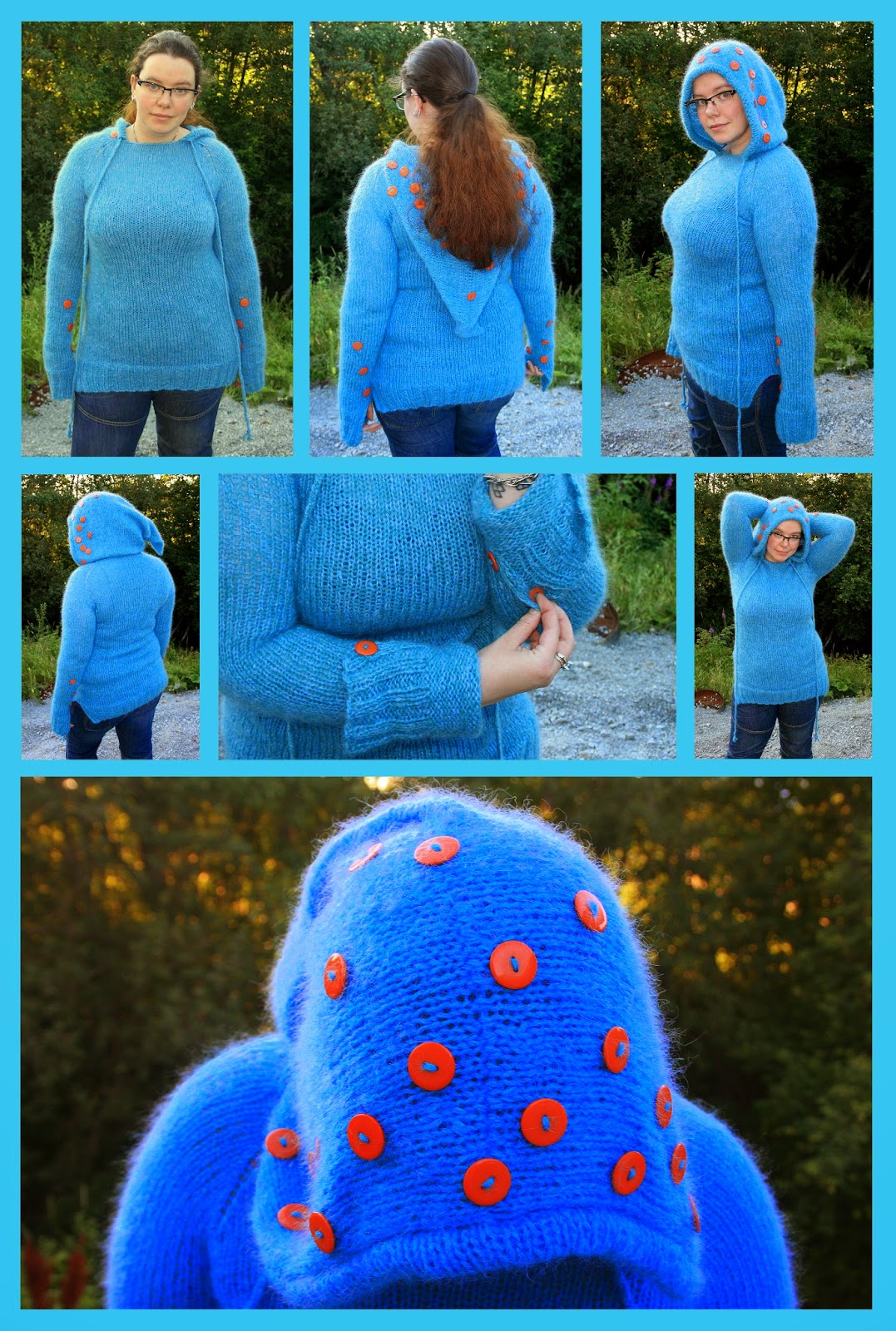 The last thing is another pullover! This thing I finished up back in june but didn't give a rats ass about weaving in the ends and actually finish it up. It's still not finished really, I just wanted to photograph it and get it over with, it's been a month overdue already. Weaving in bamboo (and cotton for that matter) ends are pure nightmare fuel. The best (and kinda only) way to do it is to split the ends in half and weave in each of those ends. Example: look at a dishcloth with one end in each side. You'd think you got only two ends to weave in, right? Wrong... You actually got four if you want then to be fastened good and have durability and quality on it. Since cotton and bamboo is so slick and hard, it doesn't attach itself to...itself in the same way wool does. Hopefully I'll get enough courage to weave in these ends...some day... 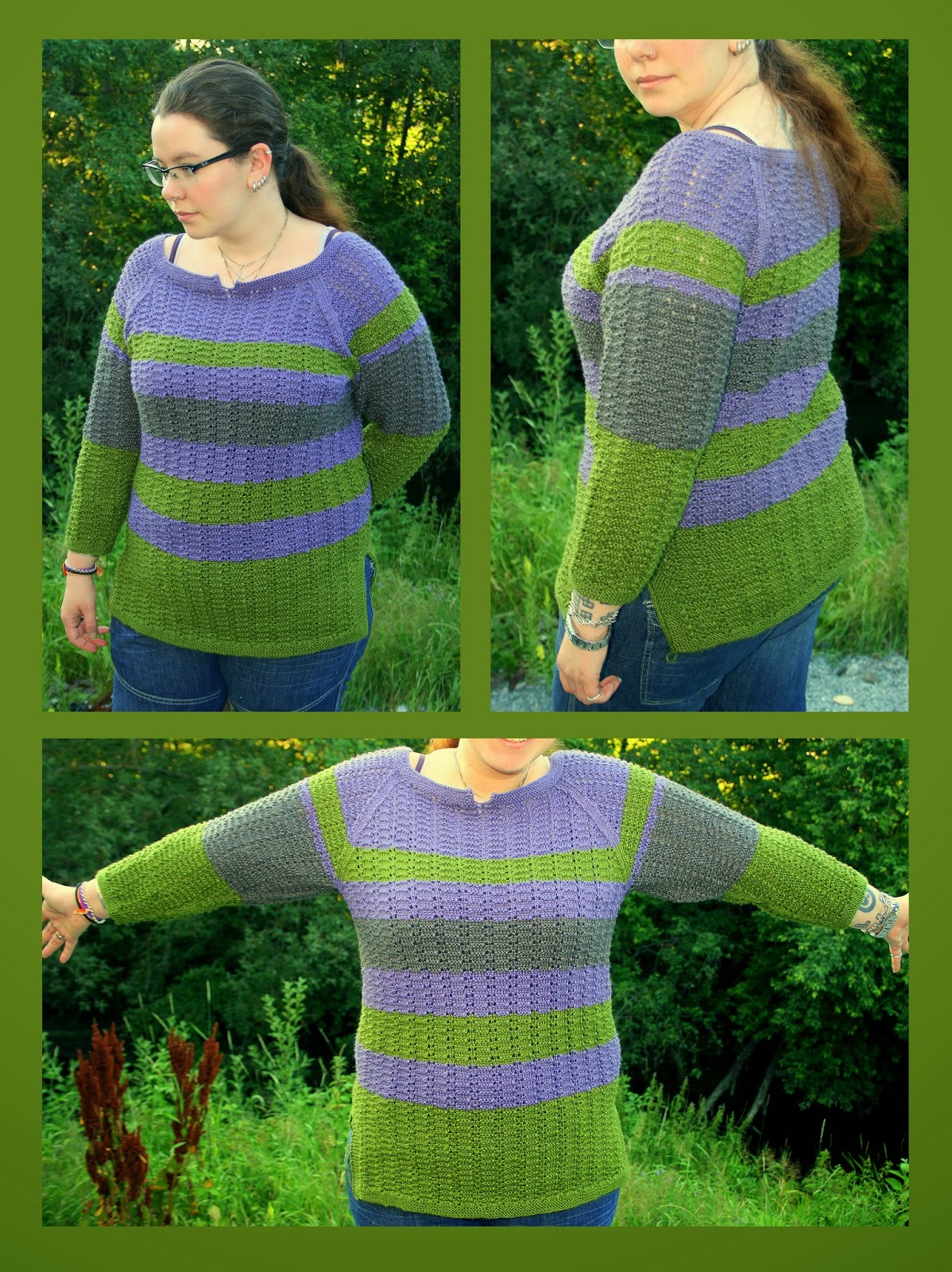 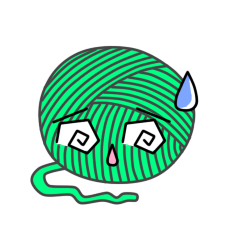