On wednesday while I was still at my parent's house, we went to see Frozen in the cinnema along with my brother, sister in law and my three nieces. Frozen is supposed to be the movie to bring back Disney and it's supposed to be at the same level as The Little Mermaid. It's also predicted to be the start of a new age of great Disney films, just as they had in the 90's. And I can totally see it. Frozen was amazing and it fits in with the 90's movies, but I must say that I do hope Disney will come with another great 2D animated movie again soon... I've never been a fan of 3D and CGI and stuff...

This movie feel close to me for many reasons...first of, I love winter, snow and the cold. Second of all, Disney came over to Norway to get inspiration for this movie, even though the story it's based of is actually danish. And yes, I see alot of the inspiration. There's bunad inspired clothing all over the place, our traditional rosepainting wood carvings are there, our timber traditions can be seen in almost every house. Even the mountains and fjords are similar. And they got a choir of sami people doing the hymn...thingy... There are some things that Disney clearly missed on though. First of, there's a guy whom clearly has a stereotypical "scandinavian" accent...in American eyes atleast. But really, it's more german. But what makes it more confusing is that the guys has a jar of "lutefisk", which is some of the most norwegian stuff out there! And while the clothing are really bunad inspired, they have been modernized maybe a tad too much...
Funny enough though...americans LOVE this movie and critics have given it high scores and praise, while norwegians doesn't seem to like it that much. If it's because it hits and misses on some things or if the norwegian dub is bad, I don't know, but I enjoyed every part of it, and I saw it first on english!

Now why am I gushing about this on this blog? Well, Anna (from the movie) has a pair of mittens that I totally fell in love with and I am going to try and make them...sooner or later. Not sure if I got yarn for it allready in my storage, but if I do, I might actually start them later today. Did some research earlier and I got to find a good pattern for felted mittens and then get the snowflake diamond pattern from pictures...which are REALLY hard!
After a google search, this is all I found: 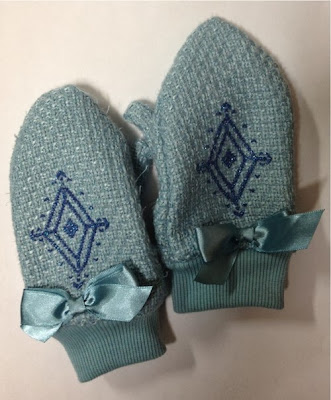 They show the snowflake diamond really good, and it's pretty close to the original one you can see in the movies, but the mittens them selfs are horrible!

So I decided to...get...the movie...yeah...*cough* and get some screenshots of my own...you know...for research! And while the movie was of very poor quality, these are the best ones I got. Alongside the one above here, I think I can manage to make a pair fairly close to those in the film. 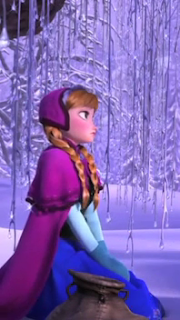 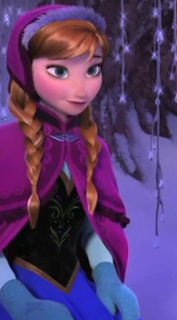 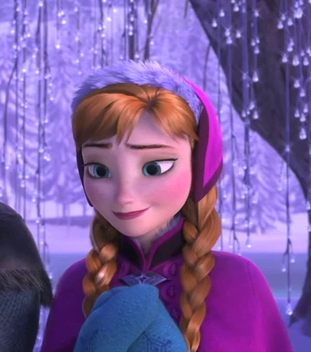 What I won't be able to replicate though, are inside the palm of the mittens. They are a darker blue/grey color and doesn't cover everything, so I think I'll just have to skip that.
Got a feeling that my oldest niece will beg me for a pair of her own if they turn out good. 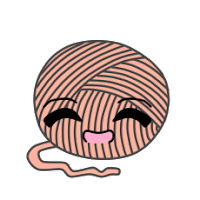